Tax expenditures (TEs) are tax benefits that lower government revenue and the tax liability of the beneficiary. Governments worldwide use TEs to pursue different policy goals such as attracting investment, boosting innovation and fighting poverty. At the same time, TEs are costly (the global average over the 1990-2020 period is 3.8 per cent of GDP and 24.2 per cent of tax revenue) and often ineffective in reaching their stated goals. They can sometimes be highly distortive and trigger negative externalities such as exacerbating inequality.

Yet, despite the fact that TEs have similar effects on public budgets as direct spending, the lack of transparency in this area is striking: only 97 out of 218 jurisdictions have reported on TEs at least once since 1990. Moreover; the quality, regularity and scope of such reports are highly heterogeneous and, in many cases, lag significantly behind minimum standards.

The Global Tax Expenditures Database (GTED) is the first database providing timely and consistent information on TEs, based on official information published by national governments worldwide from 1990 onwards. The GTED aims to improve reporting, enhance scrutiny, and, ultimately, to contribute to the design of effective and fair tax expenditures across the world. This Companion Paper introduces the GTED. It describes the rationale and scope as well as the methodology and assumptions underpinning data collection and categorisation.

The Companion Paper also discusses the limitations and issues that GTED users need to bear in mind when using the database. Finally, it presents a users’ guide to the GTED website www.GTED.net, providing details on the categories and indicators as well as insights on the potential queries and pre-defined charts that can be generated on the platform. 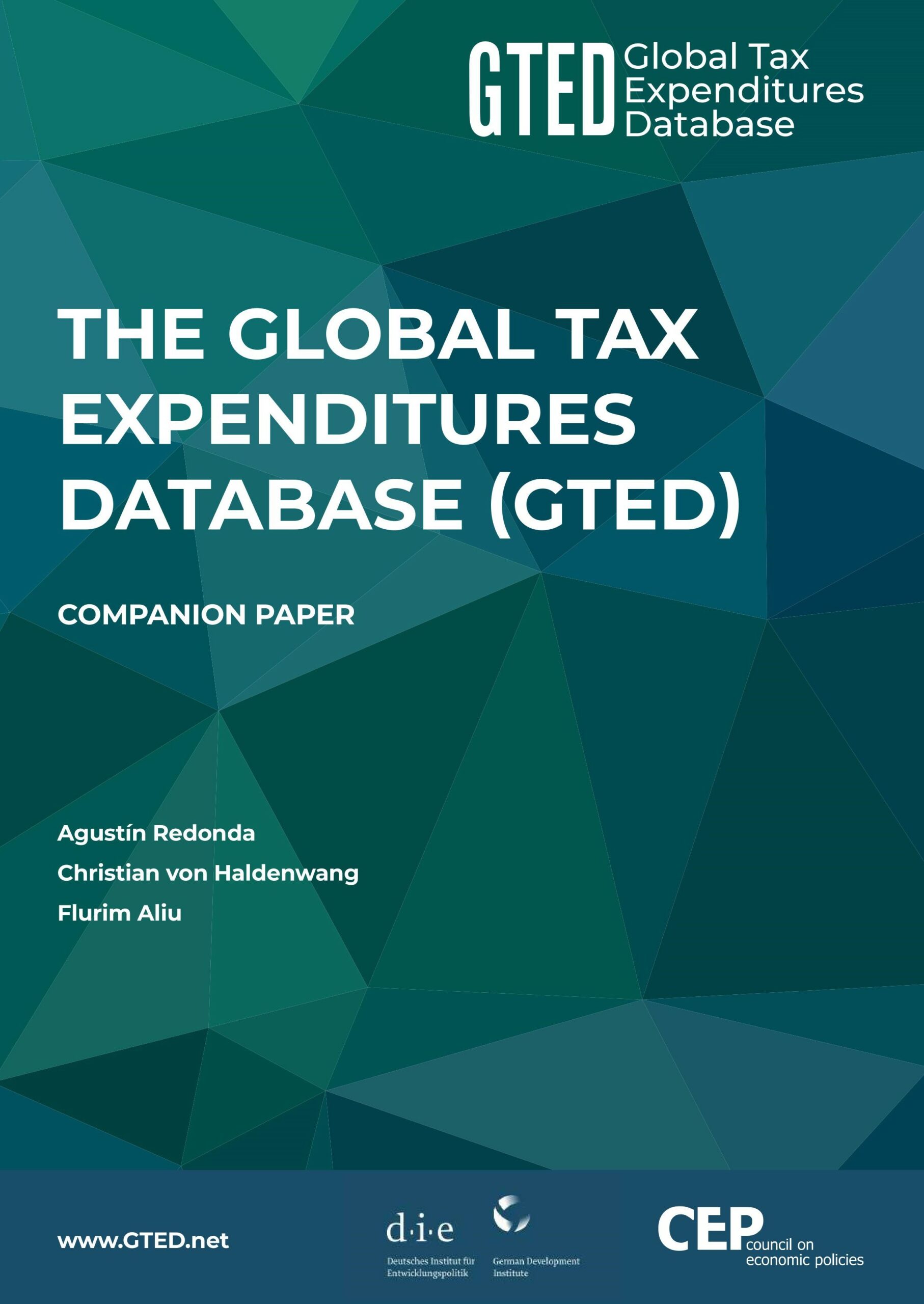